The Al-Ayn Beehive Tombs, an excellent vantage point for observing Jebel Misht, were just one stop along the way for geologists from King Fahd University of Petroleum and Minerals (KFUPM), Saudi Aramco, Aramco Services Company, and Stanford University. The group also visited a world-famous exposure of the Semail Ophiolite in Wadi al Abyad, where the boundary between the Earth’s crust and the mantle — known as the Mohorovicic Discontinuity, or Moho — is exposed.

In frame, geologists from KFUPM and Stanford University pose for a group photograph in Oman. The students were joined by researchers from Saudi Aramco and Aramco Services Company for a joint field seminar in Muscat in alignment with a conference session.

The group convened for an opening conference session in Muscat, where participants received a safety briefing for the field excursion and then introduced themselves and their research interests.

Led by senior geological consultant Tim Diggs of ASC, the group of 28 gained hands-on experience in a wide variety of geological settings while fostering ongoing collaboration between the company and the two universities. For example, the group observed the stratigraphy and structural styles of Oman Precambrian through Eocene rocks and studied cycles and heterogeneity in a Cretaceous reservoir analog. 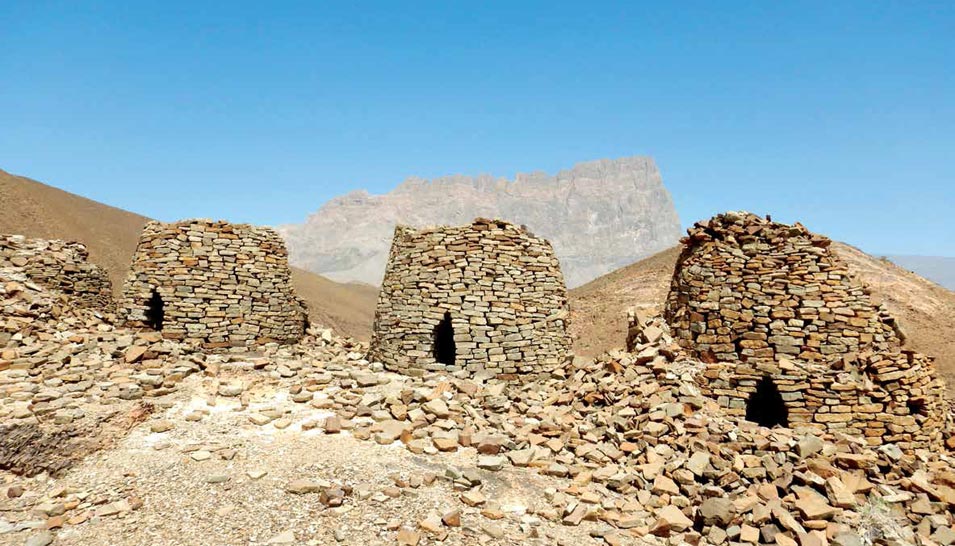 A Firsthand Look at Spectacular Geology

On the first day in the field, a team exercise related to structural geology brought participants closer together. Groups worked on interpretation and measurements of three separate outcrops of multiple deformed rocks and presented their interpretations to the entire group later in the day.

On subsequent days, the group interpreted spectacular geology, including the Precambrian-Permian unconformity developed during the breakup of Pangaea in Wadi Bani Kharus and a Permian-Triassic transition in Wadi Sahtan — defined by the extinction of 95% of global/marine species.

The group also visited a world famous exposure of the Semail Ophiolite in Wadi al Abyad, where the boundary between the Earth’s crust and the mantle — known as the Mohorovicic Discontinuity, or Moho — is exposed. This is one of the few outcrops on Earth where this boundary, a key for understanding the large-scale structure of the Earth’s interior, is exposed.

Along the way, the group took in cultural sites such as the Al Ayn Beehive Tombs, a UNESCO World Heritage Site noted for an extraordinary ensemble of burial monuments that are 4,700 to 5,300 years old. From the tombs, participants had an excellent view of Jebel Misht, an isolated block of Permian rock emplaced by tectonic activity and known geologically as an “exotic.”

Many members of the group have connected on social media so that they can exchange photographs and keep in contact about projects of interest.