Discover the Wonder of Jordan 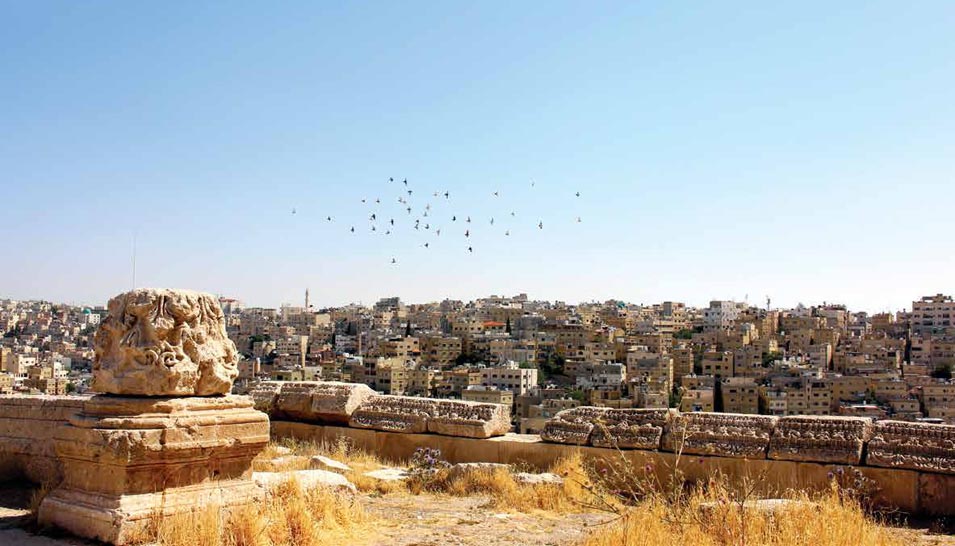 Jordan — Jordan is a place that everyone must visit at least once. It hosts one of the seven ancient wonders in the magnificent Petra, and there’s so much else to see.

We traveled directly to Amman from Dammam and rented a car to explore the country. Its many archeological sites offer an excellent opportunity to relive a magnificent past.

Amman: A Charming City of Contrasts

Situated on a hilly area between the desert and the fertile Jordan Valley, Amman, the capital, is a charming city of contrasts with its blend of old and new.

The area known as the Citadel sits on the city’s highest hill, Jabal Al Qala’a. Pottery from the Neolithic period has been found there, and it boasts a diverse range of previous inhabitants, after which came a period of decline when the former city became an abandoned pile of ruins only sporadically used by Bedouin and seasonal farmers. 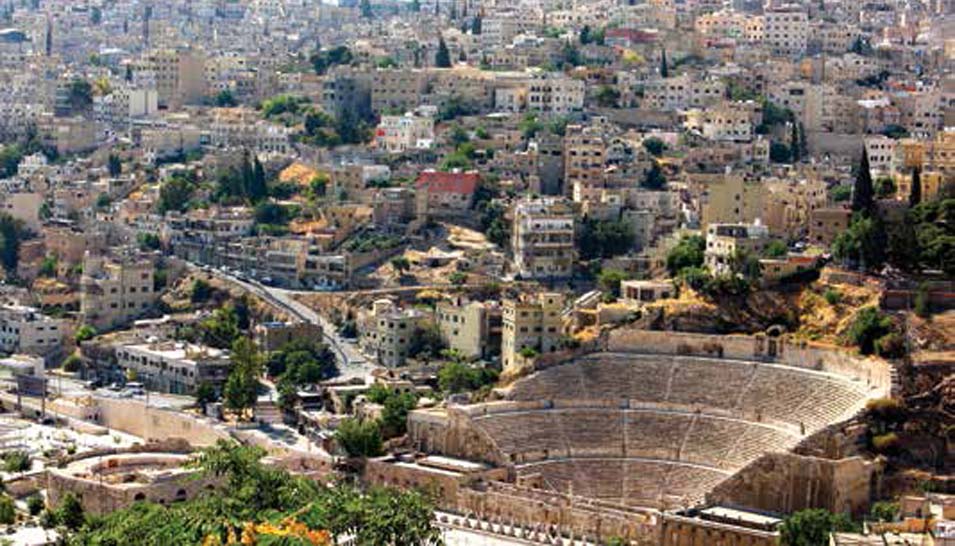 Amman, the capital of Jordan.

The site is considered important because of its long history of occupation by great civilizations. Most of the buildings still visible are from the Roman, Byzantine, and Umayyad periods, and artifacts dating from the Bronze Age show that the hill was a fortress and/or agora (open space for commerce and politics) for thousands of years.

Two giant standing pillars are the remains of the Roman Temple of Hercules. Once connected to the Forum (downtown), the temple was built during the reign of Roman Emperor Marcus Aurelius.

One rather touching remnant is a stonecarved hand, identified as that of Hercules. The statue to which the hand belonged is estimated to have been over 12 meters (m) tall. All that remains are three fingers and an elbow.

Nearby is a lookout with sweeping views of the downtown area, where it is possible to admire the elegant white houses in accordance with a municipal law that requires all buildings to be faced with local stone.

The Citadel’s most impressive series of historic buildings is situated around the Umayyad Palace. Believed to be the work of Umayyad Arabs, the palace was an extensive complex of royal and residential buildings.

Coming from the south, the first major building belonging to the palace complex is the domed audience hall. A restored theater, which is cut into the northern side of a hill, was built on three tiers — the rulers sat closest to the action, the military secured the middle section, and the general public squinted from the top rows.

A one-hour drive away is the ancient city of Jerash, with its unbroken chain of occupation dating back 6,500 years.

Hidden for centuries in sand before being excavated and restored, the well-preserved Jerash reveals an example of the grand, formal provincial Roman urbanism found throughout the Middle East.

Strolling through, you see paved and columned streets, soaring hilltop temples, handsome theaters, spacious public squares and plazas, baths, and fountains. It was only rediscovered in the early 1800s, and excavation began in 1925.

Guidebook in hand, we made sure to visit the Forum, the Temple of Artemis, and the North Theater — all beautifully restored as well.

From the lowest point on Earth at the Dead Sea, to the wellpreserved spectacle at Jerash, to one of the seven wonders of the world at Petra, Jordan is so rich in history it’s hard for a tourist to take it all in during a single visit. (Photos: Chiara Ciampricotti Iacoangeli)

Petra: Every Angle is Rich with Discovery

We then hit the King’s highway, a longer route with breathtaking views. We needed to be in Petra — among the honeycomb of hand-hewn caves, temples, and tombs carved from blushing pink sandstone in the high desert of Jordan 2,000 years ago — by evening for the magnificent light show.

Upon arrival, we walked along the path between the canyons, with candles placed on the sides. At the last canyon, two rocks unfolded like a curtain and we were able to catch a glimpse of an astonishing view as hundreds of candles illuminate the “Treasury.”

Petra was rediscovered by Swiss explorer Johann Burckhardt in 1812 and continues to spill its secrets. The Petra Archaeological Park covers an area of 264,000 m2 within Wadi Musa and is considered a UNESCO World Heritage Site.

The Fascination of Nature and Territory

The next day, we drove southward and reached Wadi Rum — also known as the Valley of the Moon — which is cut into the sandstone and granite rock in southern Jordan 60 km to the east of Aqaba. It is the largest wadi in Jordan.

Wadi Rum had been inhabited since prehistoric times by many cultures, including the Nabataeans.

Jordan’s desert is, in a word, majestic. Its lunar-like landscape crevice-riddled cliffs inspire unbridled awe. Signs of ancient caravans can be seen on Wadi Rum’s rocks in the form of squiggly characters, drawings of camels, and the men who rode them.

Khazali ravine is one spot where you can see these drawings.

One hulking red sand dune, formed by millions of years of sandstone cliff erosion, is a particular attraction. Another must visit is one of the desert’s rock bridges, such as Jabal Umm Fruth.

Our last stop was the Dead Sea in the Jordan Rift Valley — more than 400 m below sea level.

The lowest point on Earth, this vast stretch of water receives a number of incoming rivers. Once the waters reach here, they are land-locked and evaporate, leaving behind a dense, rich, cocktail of salts and minerals. It is deemed to be the second saltiest major body of water in the world, with its name originating because the water is too salinized for marine inhabitation.

The Dead Sea’s rich, black mud has been touted as miraculous for beauty products that provide a healthy mineral infusion for the body.

We wanted to experience it, so we became black covered creatures waiting for the mud to dry. It was such a beneficial healthy day, feeling spoiled in one of the resorts along the sea.