Faisal A. Al-Hajji Appointed as Executive Director of Community Services 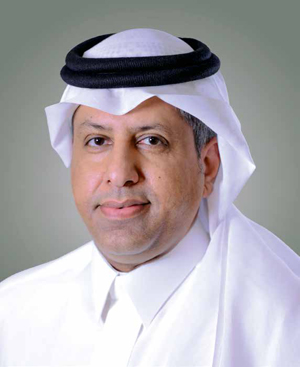 Dhahran — Faisal A. Al-Hajji has been appointed as the executive director of Community Services, effective September 1, 2020.

Al-Hajji joined Saudi Aramco as a participant in the College Degree Program for Non-Employees (CDPNE) in 1992, beginning a career that took him on a journey that would see him serve in a variety of leadership roles over the years and provide him with a wide range of experience and in-depth knowledge.

Early in 1998, Al-Hajji took the role as an operation engineer in Southern Area Oil Operations, moving within various operations engineering units in ‘Uthmaniyah, Hawiyah, and Mubarraz, followed by a position as foreman for Oil and Gas Operations in the Haradh Producing Department in 2003.

Between 2003 and 2008, Al-Hajji worked as an engineer in various roles, including project management senior engineer on a variety of projects, including the Khurais mega-project. He was part of the commissioning team and an elite group selected for the project. Later, Al-Hajji was appointed as head of Engineering, Maintenance and Operations for the Khurais and Central Arabia Fields, ensuring reliable, safe, and environmentally compliant maintenance and operations for the world’s largest oil field.

In 2010, Al-Hajji joined Corporate Planning, where he served as a coordinator for the company’s business plan. In 2011, Al-Hajji became an assistant to the executive head of the Upstream Planning and Performance Management Department, which is at the core of the company’s oil and gas operations.

In 2018, Al-Hajji was appointed acting general manager of Training and Development, a role that became permanent in January 2019.

Before his present appointment with Community Services, he served as acting executive director.

Al-Hajji has completed various high-level leadership training courses over the years. He holds a bachelor’s degree in mechanical engineering from the University of Arizona, and is a graduate of several advanced management programs, including the Columbia Business School, the Wharton School, and the Oxford Energy Seminar.