GOIC and Aramco to Support Industrial Development and Localization 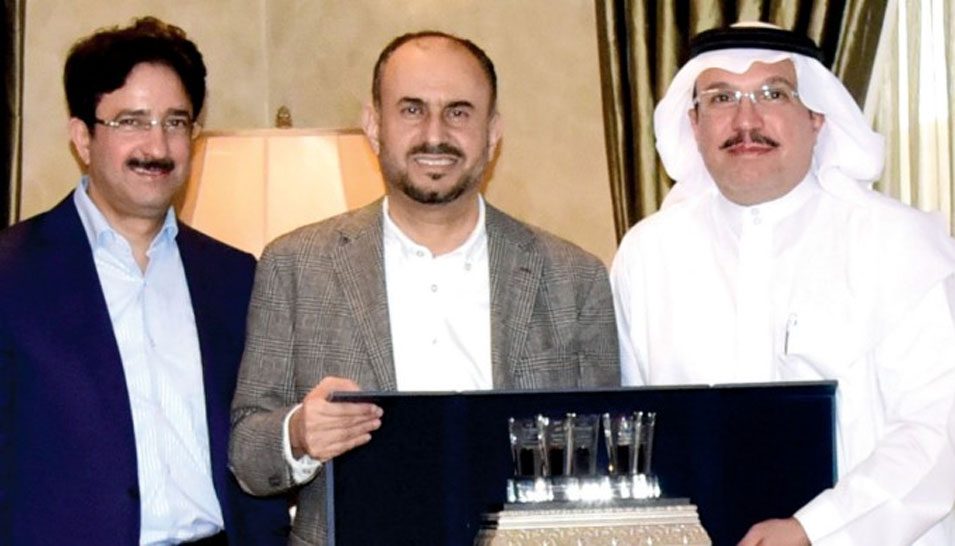 GOIC delegation pays visit to Saudi Aramco for talks on how to support industrial development in the Kingdom, tackling issues of localization of industrial products and services, with an emphasis in the field of energy projects.

The objective of the cooperation between GOIC and Saudi Aramco is to attract investors, encourage the private sector, and provide trained and qualified local talent capable of increasing Saudi Arabia’s local content capacity to meet the energy company’s In-Kingdom Total Value Add (IKTVA) target of 70% localization of total goods and services investment by 2021.

The GOIC delegation was headed by Abdulaziz Bin Hamad Al-Ageel, Secretary General of the Gulf Organization for Industrial Consulting (GOIC). He was received by Ahmad A. Al Sa’adi, senior vice president of Technical Services, as well as managers from Industrial Development, Strategic Supply, and Project Management at the company.

Al Sa’adi stressed the importance of cooperation between Saudi Aramco and national and regional organizations in support of industrial development to guarantee a conducive business environment.

“Saudi Aramco seeks to create several additional training centers to cover all industrial needs by 2030 that will be capable of promoting human resources development in the Kingdom and throughout the Gulf,” said Al Sa’adi.

Al-Ageel noted that GOIC is highly interested in cooperating with Saudi Aramco in several fields, particularly under IKTVA — a program initiated by Saudi Aramco to stimulate the growth of industries and drive Saudi Vision 2030.

Al-Ageel added that IKTVA’s success in supporting service providers’ programs and plans to develop, train, and increase the number of national cadres will strongly motivate many major industrial companies in the region to launch similar programs.

He concluded that GOIC would seek to form a Gulf network to exchange expertise and programs between Gulf companies that are interested in increasing added value by further localizing industries and boosting local content.