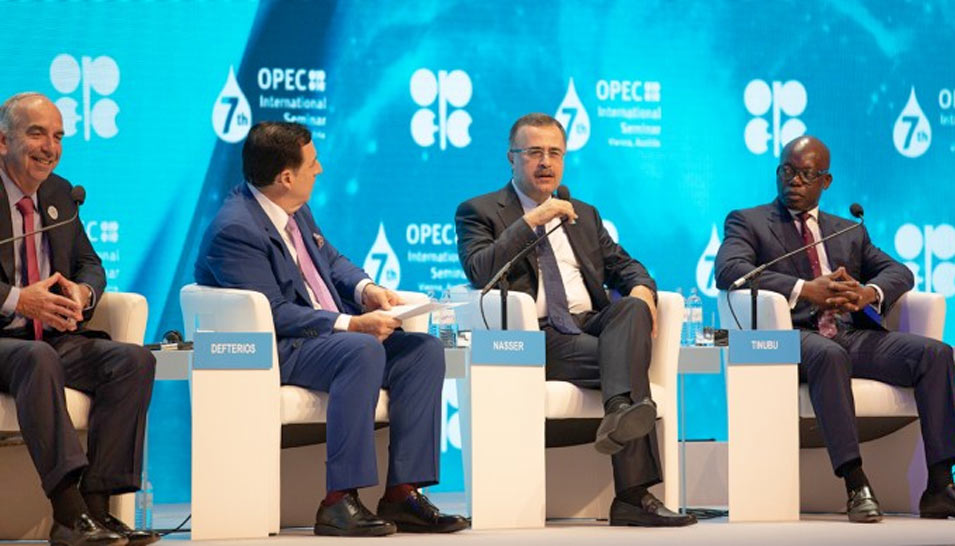 Speaking at the OPEC International Seminar, Saudi Aramco president and CEO Amin Nasser said investment in the upstream oil sector would need to rebound following a period of decline from 2014 to 2016.

“What we do at Saudi Aramco is invest over the long term — and our investments since the downturn, in both upstream and downstream — did not decrease, but they actually increased,” he told a packed auditorium at the 7th edition of the OPEC Seminar in Vienna. “However, what we have noticed in the rest of the world is a big drop in investments, which will likely impact future supply.”

While the trajectory of investment is now positive, Nasser said that it may not be adequate.

“For certain companies in a low price scenario, they cannot continue investing or sustain investments at low prices. While companies maintain the same level of shareholder dividend, investments have dropped, especially in exploration, which has been hit badly,” he said. Nasser highlighted that most new major developments, except for offshore Africa, have been severely impacted by a lack of investment.

Gould suggested the industry should not be threatened by a short-term demand drop, though it was noticeable that operators are now focusing on quick returns as a result — at the expense of ultimate recovery.

Nasser was also quizzed on the impact of transportation, given its importance to oil demand. “I believe heavy trucks, shipping, and aviation will see decent growth,” he said. “But of course, we are expecting fleets to be more efficient and have lower carbon emissions as a result of improvements in technology.

“What you see in terms of a decline of growth in oil demand is driven more by efficiency improvements, such as in internal combustion engines rather than from electric vehicles and renewables,” he added.

Speaking on the opening day, OPEC Secretary General HE Mohammad S. Barkindo, who said the event was a “who’s who of global oil and energy industry leaders,” also underlined the importance of cooperation.

This year’s seminar focused on petroleum’s contribution to a sustainable energy future and featured ministers and officials from OPEC and non-OPEC member countries alike. In addition to senior leadership of many leading oil companies, there were also a number of leading scientists and energy experts in attendance.

According to OPEC, the seminar is designed to reinforce the organization’s longstanding commitment of striving toward a secure and stable market in support of a healthy global economy.