Reminiscences of Arabia: Rug Fever and a Life Lesson from an Unlikely Source 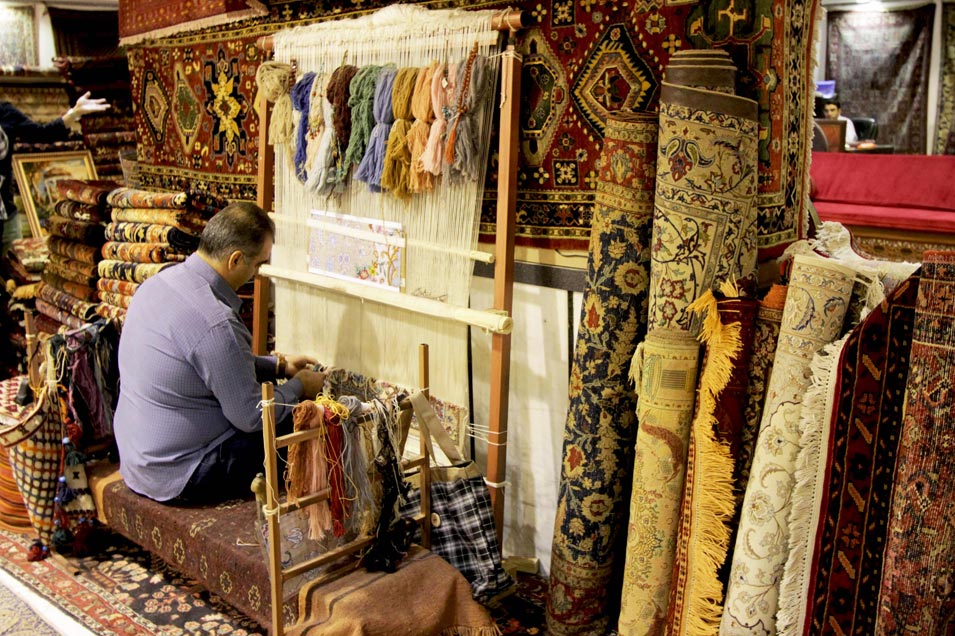 Image for illustrative purposes only.

The year was 1983, and I had just returned from a developmental assignment in Udhailiyah working for Southern Area Producing in maintenance. My good friend, Brian Dunloy, had become a collector of oriental carpets, and he invited me to take a Thursday morning trip to Dammam to meet Haji Wali Parwani, his new friend in the world of carpets. Wali was a rug merchant who had discovered that financing his Hajj trips by selling carpets could become a lucrative business for him and later for his son, Dhurma Mohammed, who opened the Afghan Carpet Center in Al Khobar.

If memory serves, I met Wali and two of his helpers, Khoramshah and Ahmed, on that morning. Wali and Khoramshah were both short, built like beer barrels, and physically strong. Both had a wonderful sense of humor, especially Wali. He was a natural-born salesman. Ahmed was sort of a carpet sales apprentice and a go-fer for Wali.

Wali’s Dammam shop was spacious and contained two showrooms with large carpets stacked flat in big piles and smaller pieces rolled up and leaned against the walls. Wali specialized in Afghan rugs and carpets with a few Persians thrown in. The myriad colors and the many stacks of carpets made the shop look both magical and mysterious when I first walked in with Brian.

Wali and Khorramshah threw many carpets for me that morning, and I was hooked, as rug fever hit me. I became a passionate collector of carpets from that day. I purchased two matching small Sarukhs or twins as they are called in the trade, a large traditional Afghan Bokhara, and a Qum carpet that had an unusual Chinese motif. I still have those four carpets in my Reno condo and many more besides. Wali’s sales strategy was to let customers take the carpets home to see how they looked in their homes. If customers did not like the carpet or rug when they got it home, they could bring it back. I suspect that most of his customers kept their carpet finds. I did mine, except for one large blue Sarukh that exceeded my budget at the time, and I reluctantly returned it.

Wali and I hit it off right from the start, and we became friends. We remained friends until he left Arabia, and his son took his place. His shop became my Thursday morning destination every weekend after that first day. Wali and Khoramshah taught me about the various carpet designs and guls, the productions from various tribal regions, how to count knots, and so much more. I even started selling carpets for Wali when there were too many customers for him to handle. Wali always threw his carpets in his shop. I always took the carpets I was selling outside and displayed them on the sidewalk in the sunlight to show off the magnificent colors and designs. I remember selling one gold carpet that was spectacular. As it sparkled in the daylight, I regretted that I had not purchased it myself. Such is the strong pull of rug fever.

I became quite good at selling carpets, not with the good-humor and bonhomie of Wali, but certainly skillful and knowledgeable. Soon thereafter, Wali began giving me a discount of ten percent on all my rug buys. I thought he was rewarding me for helping him sell carpets. I was later to find out I was entirely mistaken.

One day while I was selling carpets in the shop, I heard Wali offer a first-time customer the same discount of ten percent that he gave me. I was somewhat surprised, but I said nothing at the time. When we closed the shop for the noon prayer, I decided to ask Wali about it. I started by asking him if I were his friend. He responded by saying that I was his great friend and that his shop was my shop. After Wali went on for a bit more, I asked him that if I were his great friend and this was my shop, why did he give the same discount to the new customer as he did me. He looked at me with a twinkle in his eye and said to me. Mr. Andy, you are my great friend, and this is your shop, but, remember, this is business. I laughed out loud, and we toasted one another with hot tea. That was a wonderful lesson for me that I have never forgotten: “You are my friend, but this is business.” I still laugh when I tell that story to friends and business associates here in the States.

About the Author: Andrew J Guinosso is a former Aramcon who retired in 2003. After retirement, he worked on the KAUST Project in Washington, D.C. for about three years as President & CEO of KAUST US Limited. After the KAUST Project, he returned to Reno, Nevada where he started up two Italian bistros with a business partner. In 2018, he published a small book entitled, "The Success Playbook for Everyone" which is available on Amazon, Barnes & Noble, or from the author. During 2019, he launched two websites; one is a blogging website and the other is a retail site to sell his collection of Asian antiques and oriental carpets. He plans on launching three other websites in the near future, two retail sites and one website similar to Medium.