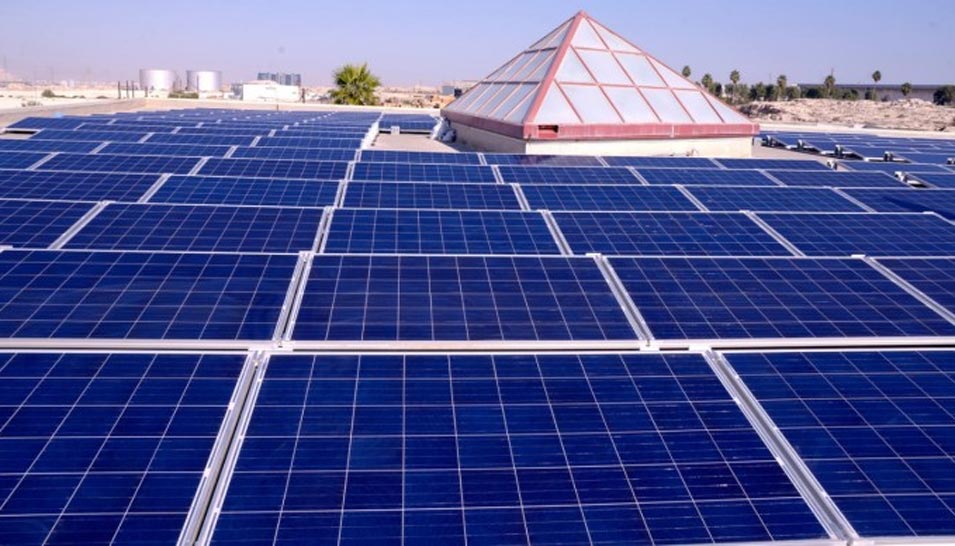 Cleaning solar panels has long been a manual task but thanks to a new technology developed at Saudi Aramco, a robotic solution cleans the panels and help avoid a 40% reduction in efficiency of the energy collecting solar panels.

The Intelligent Systems Team, in collaboration with King Abdullah University of Science and Technology, anticipate that their technologies will be commercially available in 2017. 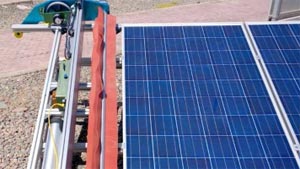 The solution involves dry cleaning of the dust on solar panels. Dust accumulation can have a severe and detrimental effect on the productivity of solar arrays to the extent that a dust storm can lead to a 40% reduction in efficiency of the panels, and average accumulation of dust leads to a compounding increase of 2% per week or more. To maximize the profitability and productivity of a solar power plant, it is necessary to reduce the accumulated dust and debris.

Prior to this research, solar panels were being cleaned using manual labor which is expensive, uses significant amounts of water, and often results in damage to the panels.

As a contribution to the scientific community, a research paper submitted by the Intelligent Systems Team was published in the journal Solar Energy under the title of “Impact of Dust Deposition and Brush-based Dry Cleaning on Glass Transmittance for PV Modules Applications.” The journal focuses on solar energy generation, research, development, application, measurement and policy.

The paper addresses the challenge of achieving efficient solar energy production in arid climates — such as Saudi Arabia — where solar insolation is at its highest, but the climate presents significant challenges of pervasive dust and sandstorms, coupled with insufficient rains that reduce the feasibility of harvesting solar energy.

With the Kingdom’s focus on alternative sources of energy, solar power is an obvious cost-effective, sustainable, renewable and reliable source of energy.

The Robotic Dust Mitigation (RDM) project began in 2014, with the goal of mitigating the impact of dust, determining the economics of various cleaning mechanisms and developing new technologies to reduce the cost of dust mitigation.

The project team undertook more than two years of research and testing, during which different cleaning mechanisms were reviewed to measure efficiencies and test whether the cleaning process caused any significant damage or transmittance losses.

Version three of the prototype uses a robotic mechanism with silicon brushes to clean the solar arrays. The silicon rubber foam — a novel type of brush with no previous research described in literature — significantly reduces the cost of the brush and provides highly effective, nonabrasive cleaning.

The robotic system has been iterated through multiple prototypes. The current version can be easily monitored, evaluated, repaired and maintained; cost estimates suggest that it would cost less than $1,000 at manufacturing scale; and it is fully automated to run on schedule or on command. Additionally, the robotic technology has a high durability, making it reliable even in climates like those of Saudi Arabia.

Currently, the RDM technology has multiple pending patents and there are active discussions underway with external parties related to partnering and licensing.

The commercialization of the RDM technology will ensure that an economically favorable, reliable technology is available to the solar energy market in Saudi Arabia and the region while supporting emerging players and helping to generate renewable energy in the GCC region and other countries such as India, China, and Chile.