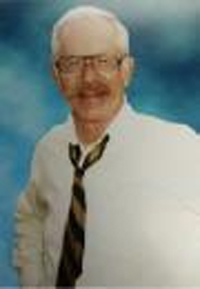 William Rogers III was born on November 21, 1931 to Doris and Dr. William Rogers II, in Fox Chase, PA, then outside of Philadelphia, the second child after a sister, Doris.

A child of the Second World War, Bill grew up hosting scientists being helped to escape Eastern Europe by his father, a Chemist who taught at Temple University. He led his own Boy Scout Troop as a teen, as there weren't enough men available to take that role, and first came to NM at that time to help establish the Boy Scout Camp near Cimmaron, NM.

Bill studied Geology at Princeton University and then went to work in Newfoundland, studying the tundra. He was subsequently drafted in the Korean War, and worked on the Distance Early Warning System in Alaska then, his experience with arctic tundra proving quite valuable.

He then went to work in exploration for Aramco, in Saudi Arabia, and married Sandra Lou Wood, the love of his life, whose father had been building roads in Saudi Arabia at the time and they had in common the experience of living in Alaska prior. He and Sandra had three children, and Bill was a consistent and stable father.

He advanced to Chief Geologist over time and had the privilege of being a mentor to Ali Al-Niami, who went on to become the Saudi Arabian Oil Minister.

Upon retirement from Aramco, Bill and Sandra settled in Santa Fe, NM and he got active in the Eldorado Search and Rescue Team. He later moved to Elephant Butte and became an Archaeological Site Steward. He subsequently relocated to Los Lunas, NM and finally returned to Santa Fe. San Antonio Goes Green for St. Patrick’s Day>

Bill passed away peacefully on March 11, 2017 and is survived by his wife Sandra, son Judd, daughters Pam and Becky, grandchildren Justin, Jennifer and Joaquin, nieces Liz, Ellen, Jacqueline, Jerrilene, Debbie, and Ardelta, and nephews Michael, David, Lee and Andrew, great grandchildren Isaiah, Nevaeh, Serenity, Calista, Aurora and Ada. He was cared for the last 5 months of his life by close family friends and honorary children Keith, Hollie and Angel and their children Lozin, Jeremiah and Novah.

After a full life of service to others, intermixed with cycling and other outdoor adventures, Bill was greatly loved and will be missed. He is no doubt enjoying his next great adventure.

There will be a memorial some time in June, where together we will climb Hamiton Mesa, near Pecos, NM, as per his wishes. Contact daughter Pam at 505-660-0443 for more information.