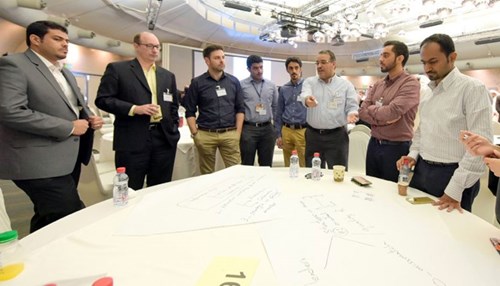 The world is in the midst of the forth industrial revolution, and it is important that the young employees of today make a positive change to their environs rather than simply trying to adapt to them.

This was one of the primary messages delivered during the recent Saudi Aramco 2016 HR Young Talent Forum, which saw the gathering of more than 200 young Saudi Aramco talents at the Plaza Conference Centre in Dhahran.

Organized by the N-gage team - a group who work towards creating a work environment in which young employees are able to utilize their capabilities positively - the forum focused on young employees and the tools they will need for success.

The forum was attended by HR leaders from both inside and outside the company, and was designed to be an interactive event to provide rich exchanges of information and fruitful discussion.

During the event, Al-Ghoson, executive director of Human Resources at Saudi Aramco, delivered a speech during which she touched upon the importance of the positive change that employees can make themselves rather than just coping with change, as the world witnesses the fourth industrial revolution. According to estimates, Al-Ghoson said, the successful adoption of new technologies associated with this revolution will foster both productivity and excellence.

Al-Ghoson highlighted three skills that employees must have to achieve success and self-actualization:

“Young talents constitute 50% of manpower. They are Saudi Aramco’s promising generation who will contribute to the company’s future achievements. The company is keen to familiarize them with our departments and operations, which are no less important than learning about business aspects and details in the rest of the world,” Al-Ghoson said.

The event featured a presentation and a workshop jointly presented by Matthew Mee, managing director of the Chartered Institute of Personnel and Development Middle East (CIPD Middle East), and Amy Baxendale, Employer Solutions manager at CIPD. 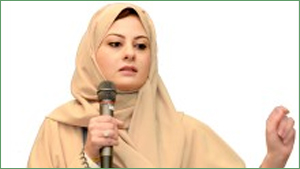 Fatema Al Habboubi noted that N-gage team
members have the opportunity to lead major
leadership programs that affect the company
in significant ways.

The N-gage team, which coordinated the forum, delivered a short presentation on the team’s work and role in creating a positive environment for employees, which laid the groundwork to encourage many employees to join the team.

“The idea started in 2013 with the appointment of four young talents linked to the administration area to represent the employees,” said Fatema Al Habboubi, a young talent and one of the team members.

The N-gage board includes seven part-time members from several HR departments. The term of the board is 18 months. Members are selected by nomination followed by a personal interview with the HR management team. The goal of the N-gage team is to enable young talents to provide creative solutions and to showcase important HR issues that impact the future of the next generation of employees.