For the Love of Food: Vignette from 'Life in the Camel Lane' 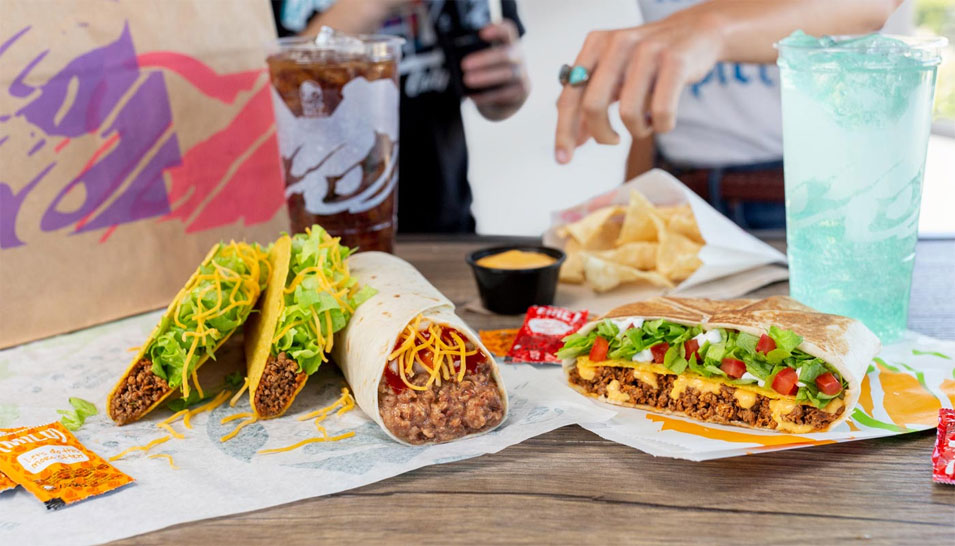 Hoarding groceries was a way of life for some in Dhahran. But Sharon took hoarding to the next level. Rob and Sharon spent more than twenty-five years in Dhahran. Sharon's lifetime favorite food is Mexican. She could eat it three meals a day, every day. She bought refried beans by the case, just to be sure. When she found really hot jalapeño peppers, she bought the whole shelf. When there were fresh flour tortillas, the grocery cart was filled and they were taken home and carefully repackaged and frozen. During Sharon’s years in Dhahran, she made some really great Tex-Mex dishes for the dinner parties she hosted.

There were many American-based fast food franchises in the Dhahran/Al Khobar/Dammam area. However, at first there were none that leaned toward Tex-Mex food like Chipotle or Del Taco. In the 1990s, a rumor spread that Taco Bell was going to open a restaurant in Al Khobar. Then, one day, a friend called Rob and told him they saw a new place under construction and they were putting up a Taco Bell sign. Finally!

On opening day Sharon was one of the first to eat there. On the weekends, Rob and Sharon ate lunch at Taco Bell and carried extra home for the evening meal. A couple of times during the week, they ordered Taco Bell to be delivered. Yes, delivered. And the delivery guy loved to deliver to Sharon’s house because he knew a nice tip awaited him.

One year, Sharon arranged for one of the staff to sell her one of their uniforms, complete with apron and cap, all with the Taco Bell logo. She was a hit at the Halloween party.

This routine went on for years. But, as in most things in the expat lane, good things come to an end. One evening during a visit to Taco Bell, one of the workers came and sat with Rob and Sharon for a minute or two. He looked around and quietly said, “We are not supposed to tell anyone, but the restaurant is closing at the end of the month when we finish our supplies. We do not know why, and management is not telling us.”

Needless to say, Sharon was devastated. On the way home, she laid out her plan to Rob. Rob listened to the plan and replied with a very confused, “Huh?”

The following day found Rob in Al Khobar buying a freezer, which was delivered to their house in Dhahran. He also went to every cookware store until he found a food vacuum-sealer packaging machine. In true hoarding style, he bought all the plastic sealable bags they had in stock.

Over the next few weeks, Rob and Sharon made almost daily trips to Taco Bell or got home delivery. On the first trip and first order, Sharon said, “I'll take twenty-five bean burritos, twenty-five hard shell tacos with beans and twenty-five Mexican pizzas with beans, all for takeout.” It took the staff by surprise, but they got busy. Another order for dine-in was placed while the crew worked on the large order.

At home, everything was vacuum-sealed in plastic bags and placed in the freezer. Rob and Sharon repeated this routine until the freezer was full. A last meal was eaten at Taco Bell to say goodbye to the staff and life went on. Rob says he had nightmares about the packaging of Taco Bell for a very long time.

As time went on, Sharon would go to the freezer on a special occasion and get a few burritos, tacos and maybe a Mexican pizza. The food was dressed up with tomato, onion, lettuce, cheese and sour cream. The guests would inevitably say, “Hey, this taco looks and tastes like Taco Bell.” Sharon would say, “That's because it is.”

Taco Bell finally opened again in Al Khobar in 2012, a few years after Sharon’s departure from Saudi Arabia. Hopefully, it will stay open to the Tex-Mex “closet eaters” for many years to come!

A native of Scotland, Doreen Cumberford worked for the British Government in London and Cameroon in the mid-1970s, then an American corporation in Dubai, in the United Arab Emirates immediately after. She has been an entrepreneur, coach, writer and speaker while traveling these last four decades.

Doreen has lived in seven countries on four continents, including the Middle East for 18 years. Doreen coaches, speaks and writes about using travel as a tool for transformation, together with the necessary mindset to process international transitions and constant travel with ease and grace.

Life in the Camel Lane, part memoir part primer, reveals stories from her time in Saudi Arabia, and is her 2nd book.