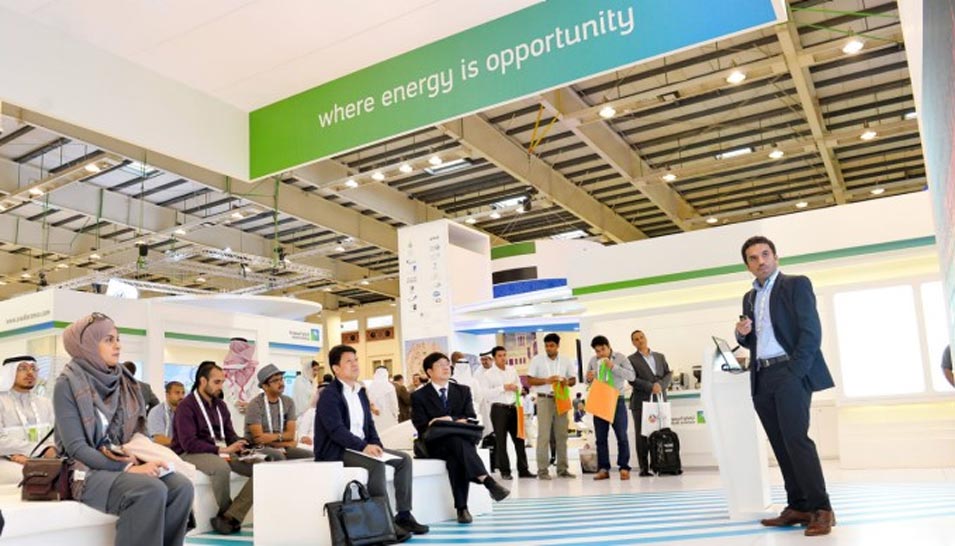 The event opened with HE Abdul Hussain bin Ali Mirza, Minister of Energy in the Kingdom of Bahrain, providing remarks, followed by speeches from Musabbeh Al Kaabi, CEO of Mubadala Petroleum, and Daniel Yergin, vice chairman of IHS.

Ibraheem M. Assa’adan, vice president of Exploration for Saudi Aramco, led a panel session titled “Long-Term Strategies through Unpredictable Markets.” The panel featured several leaders in the oil and gas industry, who spoke on several topics, such as:

The strategy is based on three pillars:

“Local content of material and equipment is a major enabler of this strategy, and plans are underway to source proppant from local sands and rig equipment from local manufacturers,” said Assa’adan, who also added that “for us to be successful, we need to invest in people more than anything.”

Assa’adan emphasized that Saudi Aramco will adopt relevant best practices from the unconventional oil and gas industry in North America while developing in-house solutions necessary for efficiently operating in the Kingdom.

A priority for unconventional operations is protecting the Kingdom’s valuable water resources, Assa’adan said. Similar to operators in North America, Saudi Aramco is considering recycling water used in drilling and hydraulic fracturing. Furthermore, the company will source a majority of the operation requirements from treated seawater, protecting precious aquifers.

In opening remarks for a panel about emerging trends in information technology (IT), Yousef A. Al-Ulyan, then-acting executive director of IT and session co-chairman, spoke about how advancements in technology such as cloud computing and mobile devices present an opportunity for professionals in the oil and gas industry to work more efficiently. However, these developments also produce challenges in the areas of security and data management.

Other topics discussed during the session included the importance of conducting detailed surveys and extensive data collection before planning a management system, the difficulties in ensuring IT security on smartphones that are used for company use, and the importance of encouraging employees to avoid downloading applications with security vulnerability by warning users about the greater risk of hacking.

In the panel discussion “Women’s Growing Role in the Energy Industry,” female leaders from oil and gas companies from the Gulf Region discussed the increasing number of women in that vital sector.

For university students and young professionals, GEO 2016 included a panel session composed of industry leaders who spoke on the importance of soft skills and technical capabilities. More than 65 students from 18 universities attended the event.

As part of the event, teams from eight universities based in GCC countries and Jordan vied for three qualifying slots to represent the region in the Imperial Barrel Award Program (IBA). Annually, the American Association of Petroleum Geologists (AAPG) organizes the IBA competition. The competition challenges students from around the world in a scenario in which they must assess the potential of a basin by analyzing real world data. They then present their results for maximizing the extraction of hydrocarbons.

Separately, 35 students from the College Preparatory Center — who were sponsored by Exploration — participated in GEO 2016 for one day to learn about the industry and interact with professionals. Exploration young professionals led the students through the conference and exhibition.

During GEO 2016, 65 speakers and 35 poster presenters from Saudi Aramco highlighted the company’s expertise in exploration.

Among them was Abdulaziz Muhaidib from the Exploration Operations Department who spoke on filtering near-surface scattered waves for conventional oil extraction. Hadi Balhareth of the Exploration Technical Services Department spoke on sensitivity analysis and the application of time-lapse full waveform inversion based on a case study from the North Sea. Rainer Zuhlke of EXPEC ARC described 3-D forward stratigraphic modeling in reservoir quality prediction.