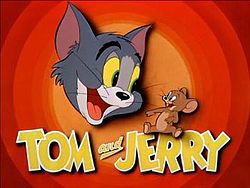 Growing up in Dhahran in the 1950s without television and barely radio the movies were everything, our only link with the outside world. Three movies a week with a rerun on Thursday, as kids we’d go to pretty much anything that was playing. Even if the feature was some unfathomable drama about thwarted love, boundless ambition or existential trauma in 1950s America, we’d go just for the pre-show filler.

There would always be two cartoons. Glorious big screen, lovingly made animated stories, the likes of which today’s children will never see. Mickey Mouse, Donald Duck, the incredibly violent Tom and Jerry or Woody Woodpecker, another particularly vicious character whose antics couldn’t be shown these days without a PG-13 restriction. Once in awhile, Mr. Magoo or Droopy would wander across the screen as marvelously clueless as we were. In the later years, we had the pleasure of watching the Road Runner duel Wile E. Coyote on the big screen.

For some strange masochistic reason, probably at the behest of those fine mothers who busily devised methods to get us out of the house, Aramco started a cartoon matinee once a week during our trimester vacations. It was a sight to behold. Every Monday morning at ten the theater would screen two hours of only cartoons to a house full of kids. I’m fairly certain that most of the Recreation staff called in sick that day and those that didn’t regretted it. 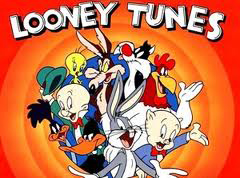 The cartoons were gathered from a hundred features and spliced together by some patient Qatifi film editor. They also had cartoons that we had never seen before like Heckle and Jekyll, Foghorn Leghorn, Chilly Willy and even Crusader Rabbit.

There are 250 children twitching in the theater, the lights go off and we are all swept into Looney Tunes: Bugs Bunny, Porky Pig, Elmer Fudd and the whole gang. The Tasmanian Devil makes a rare appearance and then the film snaps. It’s dark and someone starts stomping their feet, everyone begins stomping their feet and the few remaining Recreation workers that couldn’t get the day off decide to barricade themselves in the projection booth. Finally, the cartoons resume and we’ve completely forgotten about the hiatus. 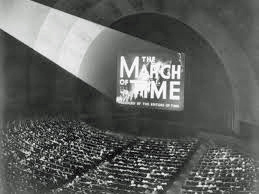 Not the Dhahran Theater

At the regular screenings, the newsreels were almost as fascinating as the cartoons. Somehow Aramco arranged to have an almost current supply of newsreels about the great, mostly, incomprehensible events of the day – striking coal miners in the UK, various politicians in dozens of countries shaking hands one week and declaring war on each other the next. We had not the slightest idea of what they were talking about. But hurricanes, floods, earthquakes and train wrecks made an instant impression, stories about the celebrities of the time, Marilyn Monroe, Elvis, James Dean, gave us the slightest glimpse of a distant culture that we sensed we should know better than we did.

As a young moviegoer, you were really out of luck if the pre-show trailers featured one of those travelogues by James Fitzpatrick - the only man who could make Mr. Rogers sound like Don Rickles on espresso. In each episode, he would travel to some exotic location, shoot footage in a garish Technicolor that would make a Hawaiian postcard look demure and then punish the audience with clichéd narrative and a voice that would make paint-drying look quick. It’s too bad because he had some great footage, but almost everyone in the audience couldn’t wait until his signature sign-off – goodbye in the language of his country that week. Adios, Ma’salaamah, Adieu, Aloha, etc., and not a moment too soon. Then the feature would start on that beautiful, big screen and all of us, adults and kids, would step into a world so far away from Dhahran that you couldn’t measure it. 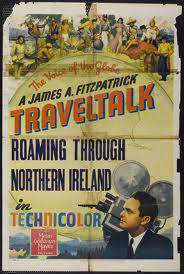 The most current Hollywood hits were at least eight months old by the time they made it to Dhahran and that was considered fantastic. Interspersed were films that nobody ever heard of and nobody would again.

Through the end of the 1950s most movies were in black and white, something that my own children can barely imagine, but the stories captured our starved imaginations like bread. Almost every opening night of every movie, no matter how obscure, it was SRO for Dhahran’s adults.

For us kids at a matinee, the place wasn’t crowded, it was air-conditioned, you’d get your dose of cartoons and if the movie bored you to death you could mess around with your friends in the first four rows. There was a strategy to obtaining the choicest seats in the house – the middle of the front row. Clutching your crumpled riyal you’d get to the theater early and wait at the head of the line. Then with ticket in hand you’d scramble for the far door and race down the aisle. At that age it was always a mystery to me why the teenagers would pass up prime seats in the front and cluster in the upper right of the theater at the back – that’s no way to watch Daffy Duck. Anyway, we would assemble like sparrows on a telephone line across the first row and so on to the fourth. The show would start and so would the running commentary, “Did you see that! Wow, look paratroopers over Malaysia. We saw that in Rome on our last local leave. Did you finish that paper for Mrs. Steinmetz? Quit jabbing me with your elbow. I don’t like Gerald McBoing Boing cartoons. Amy just got her shipment and tomorrow we can see her outfits. I’m sure that the creature from the Black Lagoon could take down the Wolfman any day,” and on and on. And if the movie mesmerized and spoke to us in any way, we became quiet and focused our senses on the twenty-foot tall images before us.

Of course, not everyone was paying attention. The ten to thirteen-year-old pre-adolescents were stuck between the front row and the elite teenagers in the back. Voiceless, some of the young men affirmed their presence by a most ingenious device. In Khobar, they sold cracker balls. A pea-sized paper firecracker, you could throw it to the ground and get a bang and a spark, five for a riyal. By a miraculous process that I’ve marveled about before, this terrific invention, the coat-hanger slingshot, appeared out of thin air. By in-artfully bending a piece of wire and stringing a couple of rubber bands to a cloth pouch, any thirteen-year-old could have a perfectly serviceable cracker ball delivery system. 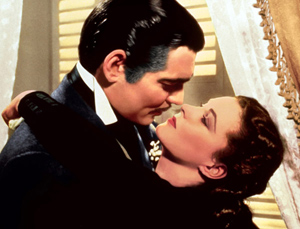 Atlanta is burning, Scarlett and Rhett are yammering away and BANG! High on the left wall, a cracker ball explodes with a sharp snap and a great flash that illuminates the darkness. Now this is interesting. Vivian Leigh embraces Clark Gable and three more cracker balls go off. The movie stops, the lights go up, the teenagers in the back are startled, and one of the guys from Recreation, probably Desai, strides down the aisle. At about the empty eighth row he finds half a dozen coat-hanger slingshots on the floor. In the tenth row a bunch of sub-teenagers grin back and the show goes on. After the show, all of us experience traumatic pupil dilation as we step into the bright, bright sunlight.

Next, to the swimming pool, the theater was my favorite place, so I naturally had many experiences both at it and beneath it but the strangest event occurred on my way to the movies. It was probably 1955 when some enlightened benefactor of the human race in Aramco Recreation decided that the theater needed a popcorn stand in front of the ticket office. It was going to open on Wednesday afternoon. Propitiously that was also the opening of The Pirates of Devil’s Island or some similar low-budget pirate movie with a thrilling title. I was so excited that I went around with a rubber knife in my mouth for days before, which didn’t work out so well as the lead-based paint on the knife inflamed the corners of my mouth. A small price to pay. 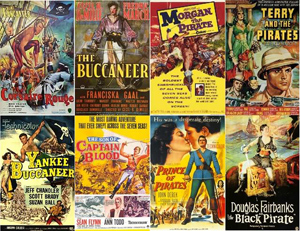 Some of the great, and not so great, Pirate movies.

So that afternoon two friends came over and with our riyal and a half in hand we set out for Recreation one block away. What could possibly go wrong? Being kids we couldn’t just walk down the street, we had to use the alley and look for discarded treasures on the way. We didn’t find any, but we were charged up on dreams of popcorn and pirates.

In the excitement, at the end of the alley, I proposed a foot race to the popcorn machine. Great idea. We assumed the stance. Ready, Set, Go! And I raced out of the alley, into the street, straight into the path of a stake-bodied truck carrying a dozen gardeners. It was about six feet away from running me over when in a sudden bolt of inspiration I jumped as high as I could and went flying. The next thing I knew I was sitting on the curb, about twenty feet away from the truck, my glasses askew, watching the visibly-shaken Saudi driver slowly walking up to me, contemplating his very short future. All the gardeners made themselves scarce. Before he even got close to me, an Aramco sedan pulled up and a young American jumped out and came running over. With the truck driver hovering about nervously, he checked me out. There was no blood or broken bones, I could see two fingers and aside from being whiter than a freshly starched thobe I was okay. He very kindly drove me back to my house and walked me up to the door, opened it and then revealed that he was obviously a bachelor when he said, “You better go in and tell your mother.”

I walked unsteadily down the hall to my parents’ room to find my mother making the bed. She looked up and said, “Tim, why aren’t you at the movies?”

In my later years as a parent, I’ve often wondered why she didn’t just strangle me at birth. It would have been so much easier. 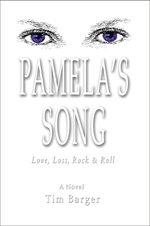