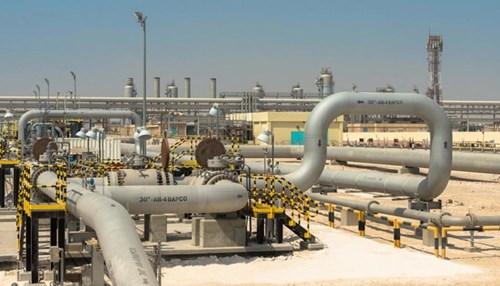 Until 1953 it was legal for Americans to drink alcohol within their compounds. HM King Abdul Aziz ibn Saud granted this privilege to the oilmen in appreciation of their heroic efforts to extinguish the runaway oil fire at Dammam #12 in the summer of 1939. 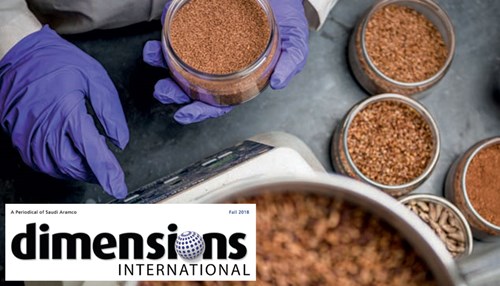 Samples of date seeds in different stages, which have been used to produce ARC Plug as per EXPEC ARC's defined specifications, to be used as a loss circulation material. 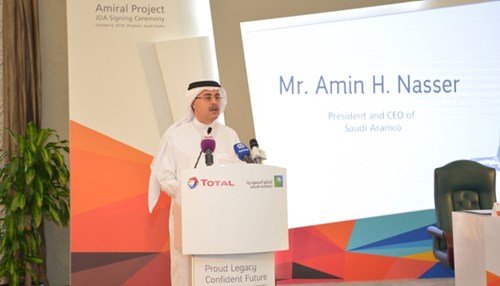 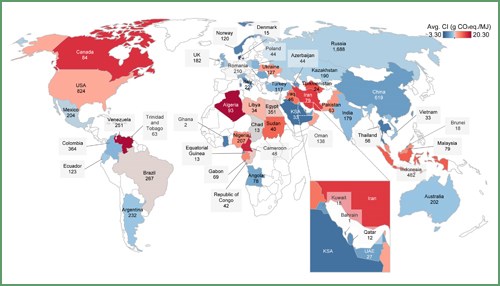 In one of the most comprehensive oil field carbon intensity (CI) studies ever published, a global team led by Stanford University has calculated the CI of the world’s active oil fields — with significant results for Saudi Arabia. CI is a measure of the greenhouse gas emissions associated with producing crude oil, from the well to the refinery gate. 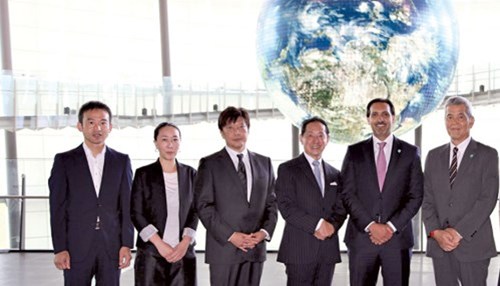 Aramco Asia-Japan (AAJ) recently signed an agreement with The National Museum of Emerging Science and Innovation to contribute to the efforts of disseminating knowledge while enhancing the public interest and understanding of science and technology among local residents. 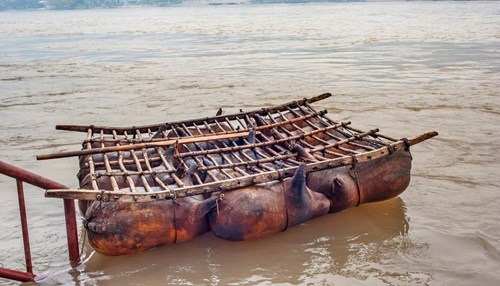 Kelleks: The Inflatable Rafts of Yesteryear

The creativity and inventiveness of the early civilizations of the Middle East continue to astonish us moderns. Faced with major obstacles to overcome, Sumerians, Assyrians, Babylonians, Arabs, et. al. time and again successfully devised solutions using available materials and know-how. 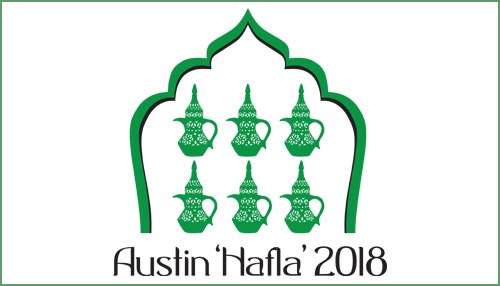 Thank You from the 2018 Austin Hafla Co-hosts

As co-hosts of the 31st Saudi Aramco Annuitants’ Reunion held last month in Texas, we extend our thanks to the 412 members of our Aramco family who attended the reunion.  In particular, we would like to thank the following people who, as members of the Hafla Committee, coordinated various reunion activities: 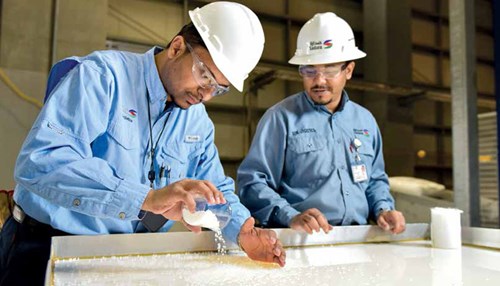 Transforming the Saudi Economy: The First Two Years and Beyond

Dhahran — This year, the Kingdom of Saudi Arabia celebrates its 88th National Day. Over the course of almost nine decades, the Kingdom has experienced incredible developments in its economy, which has evolved dramatically — from one based largely on traditional local caravan trade commerce to one with both national and international reach. 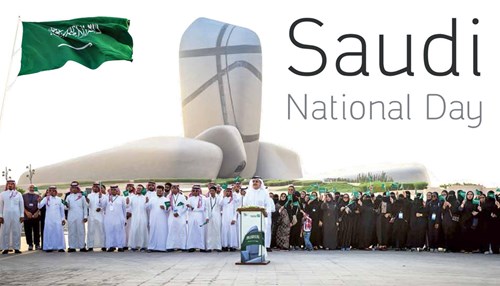 Saudi National Day: An Outpouring of Pride and Prosperity

A collective feeling of national pride engulfed the Kingdom of Saudi Arabia this week as the nation rose in unison to celebrate its 88th National Day. This was no spontaneous outpouring of joy but rather a profound communal recognition of the Kingdom’s prolific achievements to date. Extraordinary firework displays lit the skies as a fusillade of colors and patterns burst out for onlookers to marvel over. 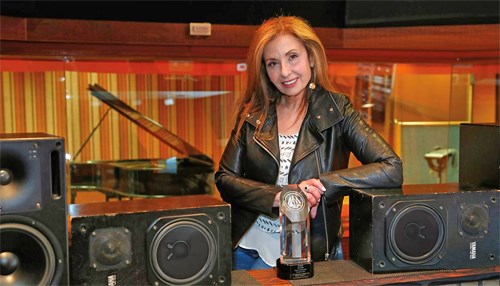 The answer is leading me down State Street, the main drag of Santa Barbara, her hometown and business base an hour-and-a-half’s drive north of Los Angeles. From here, for nearly three decades, Dawn Elder has promoted and mentored musicians, recorded albums, arranged collaborations and organized concerts that have opened American ears to new music from the Arab world and beyond and brought fruitful exchanges among popular, creative performers from dozens of countries. 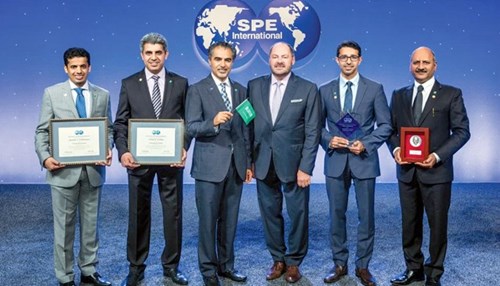 Saudi Aramco made a strong showing at the Society of Petroleum Engineers (SPE) Annual Technical Conference and Exhibition in Dallas, as Sami A. Alnuaim was named president of the international organization for 2019, four Aramco researchers received distinguished awards, and company staff contributed to about 20 scientific papers and panels. 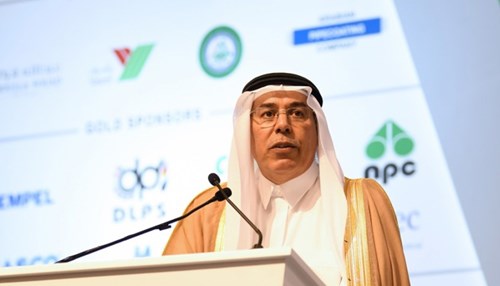 Saudi Aramco will pursue the Non-Metallic Growth opportunities by unlocking its broad range of potential, aligned with its growth strategy covering the oil and gas sector as well as automotive, building & construction, packaging, and renewable sectors. 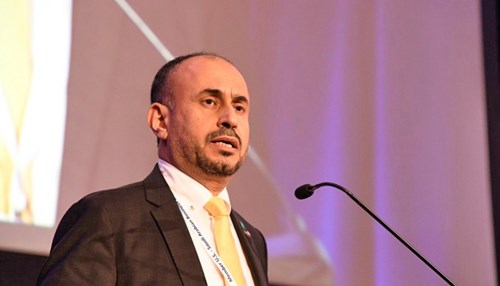 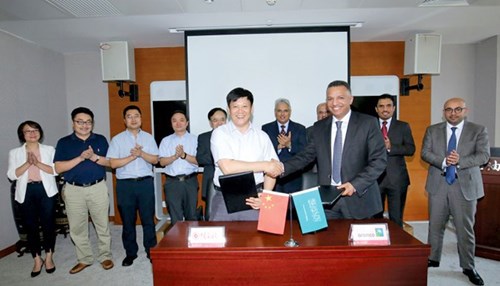 Saudi Aramco recently signed a Memorandum of Understanding (MoU) with China University of Petroleum in Beijing (CUPB) to enhance their partnership and closer collaboration. The MoU is intended to explore added value opportunities for joint research in the field of research and technology, education, social outreach, and community service betterment for mutual benefit. 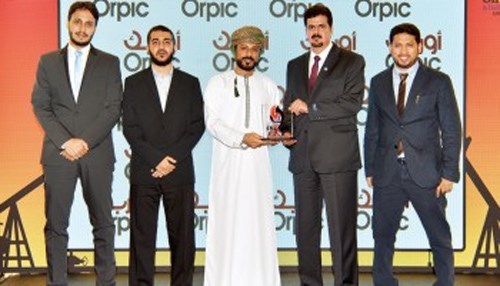 Saudi Aramco’s drive for continuous improvement and excellence was recognized last week as our teams and individuals took home a total of five awards from the 2018 Oil and Gas Awards Middle East in Dubai. 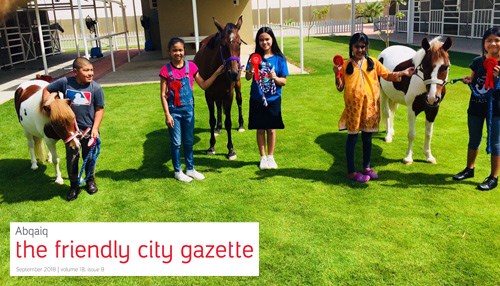 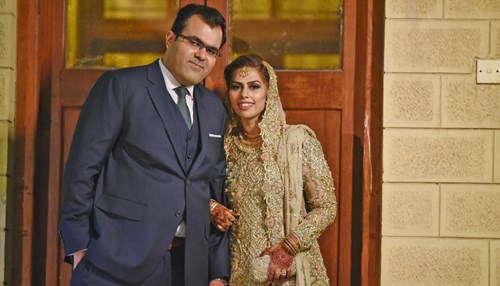 On the 8th of December 2017, a group of Saudi Aramcons (current and retired) gathered in Karachi, Pakistan to celebrate the wedding ceremony of Isra Arif, daughter of Arif Qamar #74444. Arif Qamar took an early retirement from his role as Sr. Planner, Southern Area Community Services Department in May 2010. 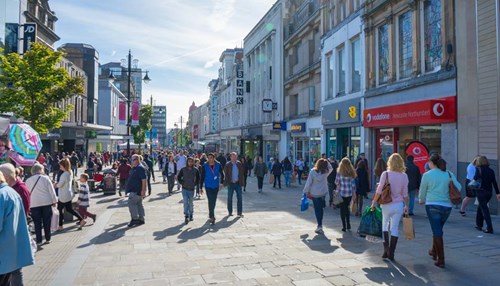 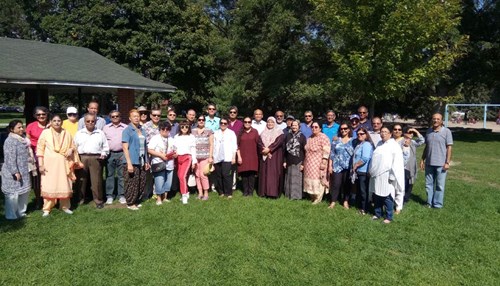 On a beautiful sunny Saturday, September 15th, the 5th Aramco reunion was held at the Woodbine Beach Park. Thirty-nine ex-Aramcons, and 8 guests met up for a fun-filled afternoon. Rafiq Syed and his wife were visiting here from Hyderabad, India, and attended the picnic along with their son, daughter-in-law and 3 grandkids.